“We do not choose our history, but we choose what we honor and celebrate…”
– Dr. Gregory Fenves, University of Texas President

America and the world were in utter shock last weekend as we watched violence erupt in Charlottesville, Virginia, over the controversy to remove the statue of Robert E. Lee from one of the city’s parks. Multiple white nationalist groups gathered in the city for a “United the Right” rally to protest the potential removal of the memorial. Subsequently, counter-protesters emerged at the demonstration to express their sentiment. The confluence of the two met like a match and dynamite, exploding violently and yielding dreadful results—fighting, injuries and death.

Ironically and unfortunately, the Charlottesville catastrophe has bestowed an inconvenient but indispensable gift to America. This gift, wrapped in pain, anxiety, and discomfort, forces America to submit to the challenging undertaking of introspection and self-analysis. Like the addict who understands the value of the gift yet reluctantly accepts it, America must embrace the gift, knowing that it will emerge healthier, stronger and more powerful for it. 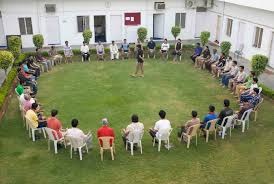 What is the gift that Charlottesville has given America? An all-expense paid trip to the Search for the Soul Rehabilitation Center. A concerned brethren of the American family, Charlottesville has generated, although unintentionally, an intervention for its delusional kinfolk.

America has been here before. Yet, Charlottesville has compelled America to confront and address specific issues that it has chosen to ignore and suppress in its previous trips to the rehab. Three issues, in particular, have emerged. Now America must engage (again) in a much needed conversation about American race relations.

As one of my colleagues astutely observed, “For white people, the bar to determine whether a person is racist is very low.” Many white people are quick to label the radical a racist, but fail to recognize systemic racism and how they individually and collectively contribute to the perpetuation of this system. 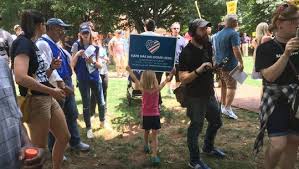 America must identify and address racism in all of its manifestations: red lining, employment, voting rights, health care, public and higher education, incarceration, criminal justice, policing, gentrification, wealth, and, yes, public memorials. If America wants to effectively destroy racism in our society and culture, it must first understand what racism is. Once America does this, then the nation can begin to adequately address the issue of systemic racism. Moving beyond analysis and taking action to aggressively eliminate racist toxins from the American body is where the real challenge and work exist for our country.

Furthermore, white nationalism is one of the biggest threats to our civil society, especially considering our current leadership, which emboldens this segment of our population. White supremacists have a long history of creating chaos, promoting mob violence, and undermining law and order. African Americans, Latinos, Jews, LGBTQ and other marginalized groups are not the only ones who are threatened by this hate. Remember, it was a white woman, Heather Heyer, who was killed by a white supremacist in Charlottesville.

Secondly, Charlottesville has prompted a debate about the purpose and validity of Confederate statues and memorials in American society. Memorials should inspire and promote pride and admiration among its citizenry. Confederates statues, however, symbolize the enslavement and subjugation of African Americans. Additionally, whether America wants to acknowledge it or not, many white nationalists are inspired and emboldened by these symbols, an even better reason to remove these memorials.

Last year in Atlanta, the American Historical Association (AHA) Annual Meeting 2016 hosted a session entitled “The Confederacy, Its Symbols, and the Politics of Public Culture.” The opening plenary discussed the role of Confederate Monuments in the American society. This timeless discussion, which featured many prominent US historians, is more relevant than ever. Explaining that most Confederate memorials emerged during the Jim Crow era, the historians explained that the memorialization of Confederates had the underlying purpose of promoting white supremacy. The historians argued that America needs to figure out how to adequately address these memorials as we move into a more inclusive and pluralistic society. (For more information about the current debate on memorials, please see AHA’s “Historians on the Confederate Monument Debate.”)

Considering the fact that many Confederate statues and memorials symbolize white supremacy, why should America continue to advance this ideology? Confederate statues are offensive to many—white and black as well as others. America is a diverse country and white supremacy has no place in our nation. I am sure that the people who want to “preserve our history and heritage” would not advocate constructing a memorial for Adolf Hitler.

Third, Charlottesville has compelled America to conduct a critical analysis of leadership on all levels. Our nation and local communities are doing a serious evaluation of character to determine what type of leaders we want and what type of leaders we want to be. Do we want leaders that are spineless and ineffective? Do we want leaders who are divisive? Do we want leaders with principles, morals and values? This assessment of leadership also involves leaders evaluating themselves. As a leader, do I have the courage to stand with conviction? Is it more important for me to be re-elected or to do what is right and endure the consequences? Do I believe in and uphold the ideals of this country?

Because of Charlottesville no leader in America has escaped this public assessment or self-evaluation. Presidential, Congressional, state, local, corporate, business, educational, nonprofit, and community leaders have all had to endure this examination. As a result, many leaders have revealed exactly who they are to their constituencies and, most importantly, to themselves. I am proud to proclaim that my alma mater The University of Texas at Austin endured and successfully passed this leadership examination. This week The University quietly removed four Confederate statues from the campus. Led by President Gregory Fenvez, inspired by the Task Force on Historical Representation of Statuary at UT Austin, and propelled by historians who teach in five departments–Department of History, African and African Diaspora Studies, American Studies, Religious Studies, Mexican American and Latino/a Studies, The University made the courageous decision to stand by American ideals. UT’s actions are especially admirable considering The University’s history and campus climate, which has not always been welcoming to people of color and other marginalized groups. This controversial but wise decision influenced by leadership on multiple levels at The University makes me proud to be a University of Texas alum.

Yes, the gift from Charlottesville has forced America to do some soul searching. Like most addicts in rehab who are going through the detoxification process, America must reflect on some compelling questions if it wants to be successful. At this historical moment, as those in the past, the question is, “Who are we and who do we aspire to be as Americans?”