Every year when the Oscars roll around there is always a public discussion and criticism of the lack of African American and Latino nominees and awardees.  This year that discussion continues.  A revealing article in the Los Angeles Times by John Horn, Nicole Sperling and Doug Smith provides some explanation. Oscar voters are overwhelmingly white and male.  Is that a surprise? 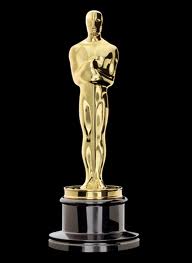 According to the article “Oscar Voters Overwhelmingly White, Male,” published February 19, 2012, of the 5765 voting members 94% are Caucasian and 77% are male.  African Americans are 2% and Latinos are less than 2%.  Considering that membership is generally for life, it does not appear that diversification will not come easy or any time soon.  This voting membership is primarily the reason for the lack of African American and Latino Oscar nominees and awardees.  Founded in 1927, in its 83-year history only fourteen African American and five Latino actors have received an Oscar.  According to Nadra Kareem Nittle in “Latino Academy Award Winners” only five Latinos have won an Oscar for acting. Of those, only one was born in the Continental United States.

To conduct the study, LA Times reporters interviewed thousands of academy members and their representatives and reviewed academy publications, resumes and biographies to confirm the identities of more than 5100 voters–more than 89% of the voting members.  Members held varying opinions about why the dismal demographic composition of the academy.

The article goes on to quote some of the actors, who are also members of the academy expressed their discontent with the organization.  Actor and director Bill Duke stated that the academy is perceived “as an elitist group with no concern or regard for the minority community and industry.  And there doesn’t seem to be any desire to change that perception.”

African American actor Bernie Casey stated, “People of color are always peripheral.” There are about “48 million black people and …Latinos…but you would not believe that based on what you see in films and television shows.”

According to Latino actor Demián Bichir, Were there more Latino academy members, opportunities for Latinos would improve.  “That would mean there would be a lot more roles for Latino actors.” 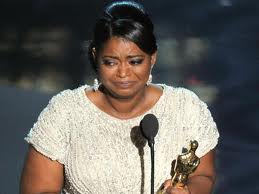 The study is extensive and revealing. I suggest you read the full article as well.  How can there be a significant number of African American and Latino Oscar honorees, if those casting the vote don’t reflect the demographics of this nation?  That is why it is so important that African Americans and Latinos have a seat at the table during the decision making process, whether it is in the academy, corporate boards, government or educational institutions.  Our voices impact outcomes.

Congratulations to Octavia Spencer, the most recent African American Oscar honoree, winning Best Supporting Actress for her role in “The Help.”  Despite its historical flaws, I really enjoyed watching the movie, and especially loved Spencer’s acting.