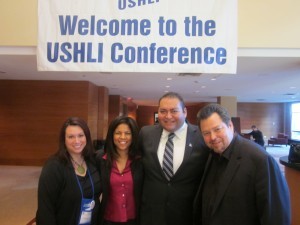 Recently, I attended the United States Hispanic Leadership Institute National Conference in Chicago, Illinois.  Headed by Dr. Juan Andrade, USHLI seeks to empower Latinos and other disenfranchised groups with leadership development training and encourage civic awareness and participation in the electoral process.  Dr. Andrade is passionate about service and making an impact on the Latino community, especially its youth.  USHLI is the largest leadership conference of Latino college students in the country, attracting youth from colleges and universities throughout the US.  I have volunteered as a workshop presenter for the conference for the last six years and I absolutely love the event every year! 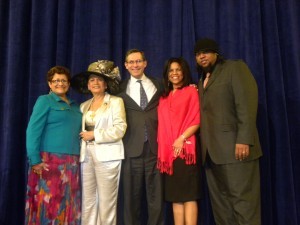 This year USHLI honored several nationally and internationally acclaimed Latino leaders and professionals, who have made significant contributions to our nation and world.  Among the honorees were Alex Nogalas with the Ceasar E. Chavez Community Service Award; US Congressman Luis Gutierrez (D-IL) with the Edward R. Roybal/Henry B. Gonzalez Award for Excellence in Public Service; US Senator Richard Durbin (D-IL) with the ¡Sí Se Puede Award!; Michael C. Pizana with the William C. Velasquez Volunteer of the Year Award; Moctesuma Esparza with the Herny L. (Hank) Lacayo Lifetime Achievement Award; and Rosa Rosales with the National Hispanic Hero Award.  What a spectacular lineup of honorees!

I particularly enjoyed the panel discussions this year.  Among them were “The Reality of Disparity in Media and Entertainment” which included Rick Najera, Writer/Actor/Director/Producer, Latinologues, Inc.; Moctesuma Esparza, CEO, Maya Entertainment; and Ruben Navarrette, Syndicated Columnist, The San Diego Union-Tribune. Alex Nogales, President and CEO of the National Hispanic Media Coalition, served as the moderator for the discussion.  This panel explored the many challenges Latinos experience in media and entertainment and provided some insight on what the Latino community needs to do to address these concerns.  The National Issues Forum II entitled “With Its Different Shades of Red and Blue, What Will the Congress Do?” also peaked my interest.  Featuring Juan Williams, National Political Correspondent and Author, and Ruben Navarette, and moderated by Ambassador Carolyn Curiel of Purdue University College of Liberal Arts, the panel discussed the recent census count and how it will affect Congressional seats.  Both panel discussions were informative and thought provoking. 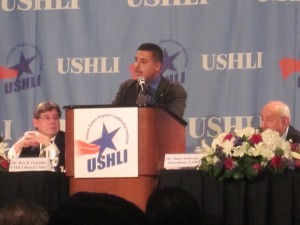 Daniel Hernandez, Jr., Congressional Intern in the Office of Congresswoman Gabrielle Giffords, Julian Castro, Mayor of San Antonio and one of the youngest mayors in the country, and Dr. José Hernández, NASA Astronaut (Former), also participated as speakers at the event.  I particularly enjoyed hearing Jose Hernandez recount his personal evolution, growing up in an immigrant family and working as a child farmworker.  He stated that he always knew, even as a young boy, that he wanted to be an astronaut.  Hernandez emphasized how his loving parents and an excellent education impacted his life.  During his talk, Hernandez also expanded on resilience, explaining how he was denied the opportunity to be a NASA astronaut over ten times.  Through sheer will, hard work, determination and persistence Hernandez finally achieved his lifelong vision.  What a powerful and inspiring story!  USHLI hosted another successful conference! 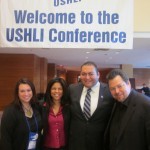 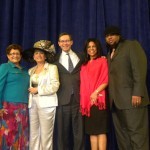 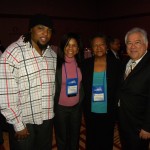 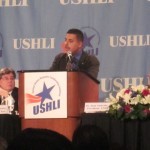 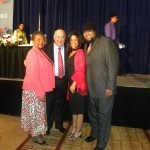 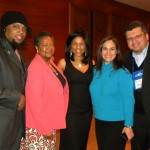 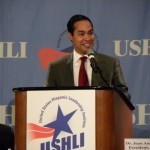 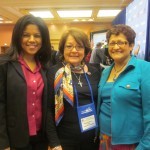