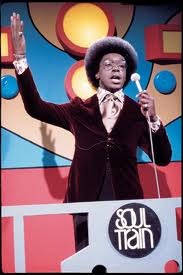 How shocking it was to hear about the apparent suicidal death of Don Cornelius on the first day of Black History Month.  A television icon, Don Cornelius transformed the American  cultural landscape through his infamous show “Soul Train.”  Every week for thirty-five years America could take a trip on the hippest train in show business, the “Soul Train,” and experience the soul of America.  Of course, America and the world took the ride, causing “Soul Train” to impact every facet of American popular culture:  music, dance, fashion and language.  Beginning in 1970 in Chicago on local programming, “Soul Train” aired nationally from 1971-2006, becoming the longest running syndicated television show in history.

Commencing during the Civil Rights Movement, “Soul Train” showcased African American performing artists, dancers and music, when there were few African Americans on television.  The show, consequently, transformed America by breaking down cultural and racial barriers.  In essence “Soul Train” helped to pave the way for African American performers and music to become an integral part of mainstream America and popular culture.  As the show’s executive producer, writer and host, Don Cornelius was the genius behind this metamorphosis. 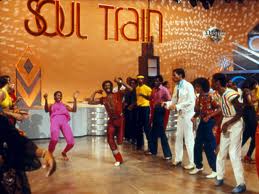 Some of my earliest and fondest memories of watching television was the excitement of Saturday mornings when cartoons and “Soul Train” would come on television.  A special treat was seeing the featured artists and, of course, the Soul Train Line!  Living in Brownwood, a small town in the middle of Texas–two and a half hours from any major city, “Soul Train” was my and the African American community’s connection to the outside world, which was full of music, dance and style.  My cousins and I couldn’t wait to find out the hottest artists and music and attempt to emulate the latest dance steps that we would see on the show.  I can still see us on my paternal grandparents’ porch, singing those songs and practicing those dance moves!  Years later “Soul Train” evolved to produce the “Soul Train Music Awards.”  How thrilling it was to see the first awards show, featuring one of my favorite groups of all time Cameo!  I recorded the show and have watched it several times over the years, enjoying it every single time as if it were my first.  “Soul Train” continues to affect our lives and culture.  Can anybody–I do mean ANYBODY– tell me when they have gone to a family party, especially in the African American community, and have not seen or participated in the Soul Train Line???

Through “Soul Train” Don Cornelius made his indelible imprint and impact on American life and culture.  He is revered and loved by many.  Of course, he will truly be missed, but his legacy lives on through the artists he touched and the shows he produced.  As this blog comes to an end, as all shows must, I want to conclude it the way that Don Cornelius ended every “Soul Train” show.  In the infamous words of Don Cornelius, “I wish you love, peace and soooooooouuuuuul!”