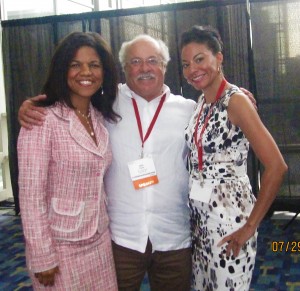 The National Urban League (NUL) celebrated its Centennial Anniversary in Washington, DC two weeks ago. Of course, as a civil rights historian and social activist this is an event that I did not want to miss! Founded in 1910 and headquartered in New York City, the National Urban League is a historic civil rights organization dedicated to economic empowerment in order to elevate the standard of living in historically underserved urban communities. The NUL spearheads the efforts of its local affiliates through the development of programs, public policy research and advocacy. Today, there are more than 100 local affiliates in 36 states and the District of Columbia, providing direct services that impact and improve the lives of more than 2 million people nationwide.

During its centennial convention the NUL launched a bold, new social mobilization campaign called I AM EMPOWERED. In partnership with One Economy, the social mobilization platform encourages citizens across the country to pledge their time and talent to achieve four Empowerment Goals by 2025:

The high point of the convention featured President Barack Obama! What could be better than celebrating the 100th anniversary of one of the most influential civil rights organizations and then the first African American President enters to provide the historic address? Obama’s presidency is testimony to the effectiveness of the civil rights movement. During his address President Obama focused on his vision for educational reform, arguing that education is the “great equalizer.” 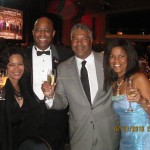 Celebrating 100 Years of the National Urban League with the NUL Houston, Texas Affiliate 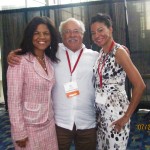 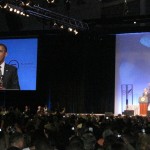 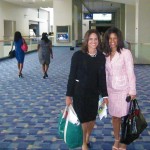 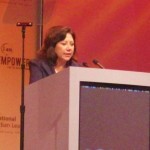 US Secretary of Labor Hilda Solis 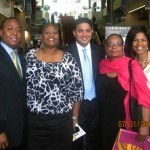 This year Latinos played a prominent role at the conference. Soledad O’Brien moderated the plenary session “What Will Black America Look Like in 2025?” Additionally, the conference featured the workshop “The Afro-Latino Experience: An Exploration of Identity in the US and Abroad.” An especially enlightening session, moderator Juan Flores led a discussion with distinguished panelists Jadele McPherson, Cid Wilson, Guesnerth Josue Perea, Carlos Quesada, Linda Borst Kolko and Miriam Jimenez Roman. The group explored and analyzed the current challenges and strengths of being both of African and Latino descent in America. Complementing this discourse is Flores and Roman’s recently edited and published book The Afro-Latino@ Reader: History and Culture in the United States (Duke University Press, 2010).

Another convention highlight was hearing US Secretary of Labor Hilda Solis provide the keynote address at the Women of Power Luncheon. Appointed in 2009 by President Barack Obama, Secretary Solis became the first Latina to hold a position in the US President’s Cabinet. Emphasizing the importance of education and President Obama’s vision for educational reform, Secretary Solis told us the personal story of how one of her guidance counselors told her that she was not college material and that she should consider becoming a secretary instead of going to college. Another counselor, however, encouraged Solis to follow her dream and affirmed to her that she could succeed in college. This counselor even helped Solis fill out her college application. Through hard work and determination Hilda Solis became the first member of her family to graduate from college. By the way, Solis did confirm her first counselor’s recommendation to be a secretary, becoming Secretary of the United States!